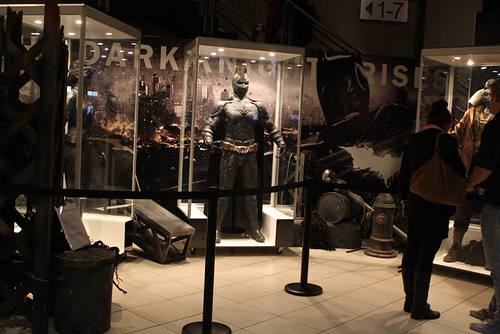 Superhero movies remain popular in Australia and ‘Dark Knight’ will have to make a massive rise if its to best Marvel Entertainment flicks ‘The Avengers’ and their latest flick ‘Amazing Spider-Man’.

Batman has an extremely strong fan following and goes back decades and the superhero TV series and cartoons even today still run on News Limited owned Foxtel.

The final chapter in director Christopher Nolan’s Batman trilogy will impress everyone – both hardcore and casual fans, as well as most fair media critics.

The action begins with Batman having long been declared an outlaw and parked his Batmobile, and his alter ego billionaire Bruce Wayne now an eccentric recluse.

Still suffering by the loss of not only his parents as a child but also the love of his life, Batman wants nothing to do with his beloved Gotham City, which is in a period of peace and prosperity as a result of his heroic deeds.

Before long a mysterious masked terrorist known as Bane turns up and its bat out of hell time.

We’re not going to spoil the ending for you, but its all done in pretty cool fashion.

‘The Dark Knight Rises’ will be released in Australian cinemas and IMAX nationally on the 19th of July 2012.

Fly in to see what is tipped to be one of the better superhero themed movies this year.

There are no users currently online